The Evolution of Packaging Materials - Printpack

The Evolution of Packaging Materials 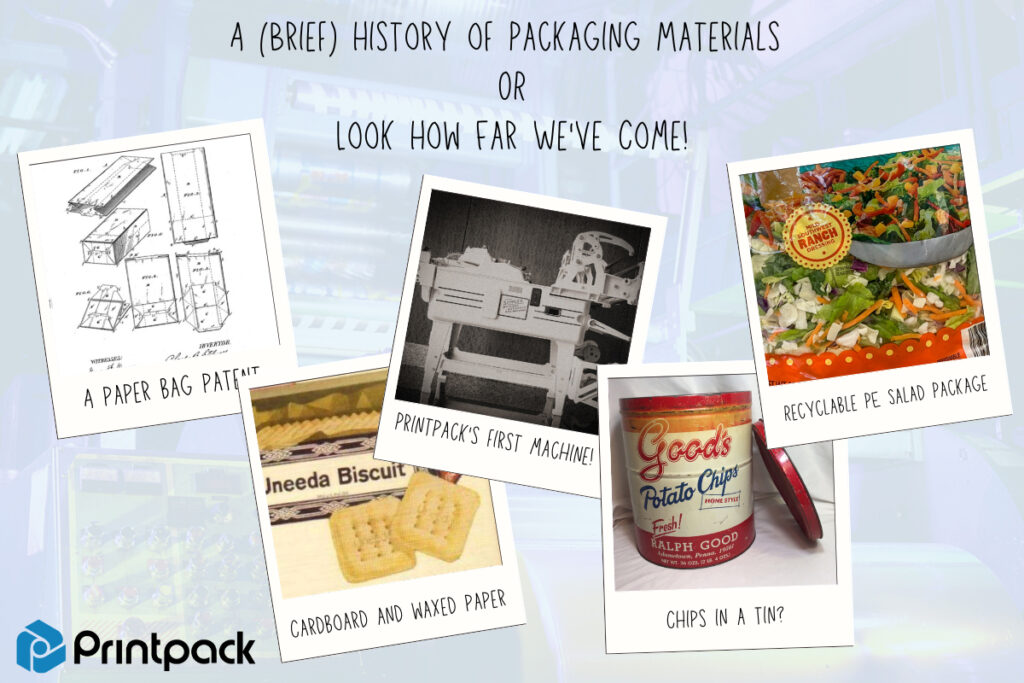 Beginning with simple containers for transporting food, packaging has come a long way to enhance our everyday lives. Find out how simple boxes and tins led to generations of chip bags, resealable pouches, and ring-pull beer cans. This history offers a fascinating look at who created the inventions we still use today and how innovations in design have shaped consumer choices.

Paper is likely the oldest example of what we call “ﬂexible packaging” today. With highly sustainable options and a long history of use, this material is timeless. 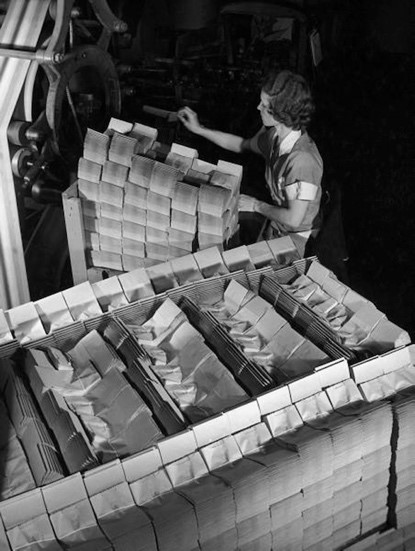 TODAY: With easily accessible methods like curbside and the strong consumer perception of eco-friendly packaging, paper is the most widely recycled type of packaging, and the fiber recycling stream has the most robust infrastructure of any recycling stream in North America. There are also options for compostable and reusable packs, while still maintaining the flexibility, sturdiness, and easy printing benefits of paper.

TODAY: Plastic packaging has come a long way since its inception in the 20th century. Decades after its creation, consumers began to express concerns about the environmental impact of the new materials. This led to a shift toward sustainable options – including recyclable polyethylene (PE) packaging, which offers many of the benefits of current flexible packaging including ease of transport, product to package weight ratio, reduction of carbon footprint, as well as several barrier options.

From the first attempts to make containers using metal in the 18th century to the innovations that have been made in recent years, metal has played an important role in preserved food packaging and long-term storage. Before tin cans, people had to rely on salting, curing, smoking, and pickling to keep their food from spoiling. This material has passed the test of time and still sits proudly on the shelves of households everywhere – sometimes for years! 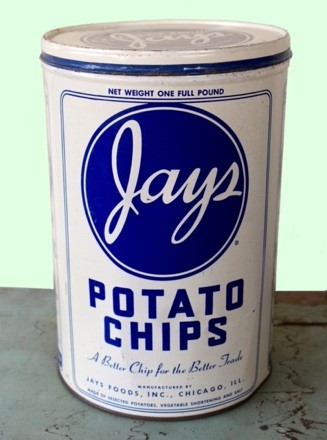 TODAY: The wave of sustainability in the late 20th century began a new era that inspired metal can recycling. Manufacturers now emphasize using less material to make lighter cans. Further, aluminum is among the most sustainable materials of all metals, due to its ability to maintain a very long shelf life and the ability to be recycled in perpetuity without degradation of quality.

STAY CONNECTED
Join our subscription list and you will be the first to hear about sustainable product options, packaging trends and other relevant Printpack News.